If you’ve spent any time researching social media for business recently then I’m sure you’ve heard, video is where it’s at. Video ads are the fastest growing form of advertising online. According to eMarketer, US advertisers are expected to spend almost $16 billion just on video ads in 2019. That number is expected to jump to an estimated $25 billion by 2022!

The reasons behind the swell in video advertising are clear: more people are watching and responding to video ads than ever before. It’s estimated that by 2020, the number of smartphone users watching mobile video will be close to 200 million. In addition, those viewers will spend close to 30 minutes per day watching mobile video. That’s a lot of eyeballs.

Regardless of if you’re a seasoned video advertiser or just getting into the game, the one thing you need to know is how to measure the effectiveness of your video ads – the return on investment. “Video Views” are generally the metric to watch to figure out your ROI. A video view is how many times the video has been watched, but the definition of what constitutes a video view is fuzzy at best.

Video view metrics vary based on the platform and can mean different things based on which one you’re using. So, here’s a breakdown of how “video views” are measured on some of the largest platforms.

Definition of a view: 30 seconds (or the whole duration, if your video is less than 30 seconds) or when the viewer actively engages with your video, whichever action comes first.

Also, it’s worth noting that when a video is first posted, YouTube filters the number of views based on what it considers to be actual human views, not computer programs. It shows what it considers to be “quality views” until the number of views gets up high enough. They don’t really say what that means, because it varies based on the popularity of the video. Read more about this process in YouTube’s Help Center.

The definition above is the standard for Facebook and Instagram. However, calculating how much you’re charged for the ad depends on the type of ad you purchase. If you purchase a CPM (cost per 1,000 views/impressions) you will be charged after the standard three seconds. However, if you purchase a ThruPlay ad, you will be charged after a viewer watches your video for 15 seconds (or 97% of the video, if its total length is less than 15 seconds).

Definition of a view: 2 seconds of continuous playback while the video is at least 50% on the screen or an active engagement with your video, whichever comes first.

LinkedIn has adopted the Media Rating Council’s (MRC) definition of a view. LinkedIn also provides metrics on the number of times a video is viewed to 50%, 75% and 100% of the total length of the video.

Definition of a view: 2 seconds of continuous playback while the video is at least 50% on the screen.

Pinterest has also chosen to adopt the MRC definition of a view. Pinterest also tracks some engagements and how long the video was viewed, but their analytics are limited, so they’ve partnered with other companies to expand the options for measurements.

Definition of a view: 2 seconds of continuous watch time or a swipe up action on the Top Snap.

Snapchat also adopted the MRC definition, however they include the “swipe up” action in their definition due to the nature of the way media is delivered on their platform. The number of Snaps watched to 25%, 50% and 75% is also provided.

Definition of a view: 2 seconds of continuous playback while the video is at least 50% on the screen.

Twitter also opted to use the MRC definition of a view for their Video Views metric. They also have a metric called “Media Views” which includes views of all media types: videos, vines, gifs and images.

Don’t just use the number of views as your measurement of success. Different video campaigns should have different desired outcomes and different results. If it’s not necessary for viewers to watch your entire video, then completion rates aren’t as important. You can use the percentage of completion rates to see if viewers are watching long enough to get the message. You can also use demographic information to see if you’re reaching your desired audience.

Do you use video ads as a part of your business’ marketing campaign? What metrics do you look for on your video ads? 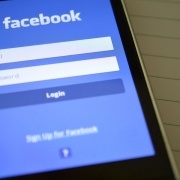 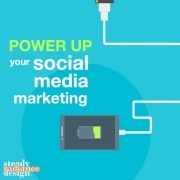 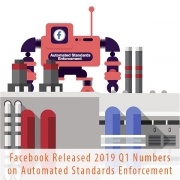 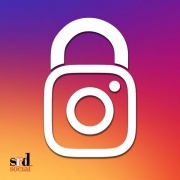 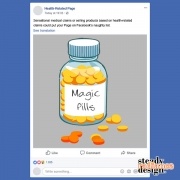 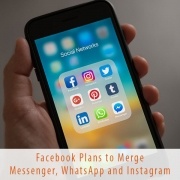 This site uses cookies. By continuing to browse the site, you are agreeing to our use of cookies.

We may request cookies to be set on your device. We use cookies to let us know when you visit our websites, how you interact with us, to enrich your user experience, and to customize your relationship with our website.

Click on the different category headings to find out more. You can also change some of your preferences. Note that blocking some types of cookies may impact your experience on our websites and the services we are able to offer.

These cookies are strictly necessary to provide you with services available through our website and to use some of its features.

Because these cookies are strictly necessary to deliver the website, you cannot refuse them without impacting how our site functions. You can block or delete them by changing your browser settings and force blocking all cookies on this website.

These cookies collect information that is used either in aggregate form to help us understand how our website is being used or how effective our marketing campaigns are, or to help us customize our website and application for you in order to enhance your experience.

If you do not want that we track your visit to our site you can disable tracking in your browser here:

We also use different external services like Google Webfonts, Google Maps, and external Video providers. Since these providers may collect personal data like your IP address we allow you to block them here. Please be aware that this might heavily reduce the functionality and appearance of our site. Changes will take effect once you reload the page.